“Of One Soul” works to build a peaceful community in Sonoma County, California where Islamophobia and all prejudices are eliminated and the diverse human family is celebrated.

Welcome to “Of One Soul,” Sonoma County’s interfaith campaign to support our Muslim neighbors. Our goal is the safety and dignity of all people.

“Of One Soul” provides public education, responds to current events, holds community gatherings, provides speakers, and mobilizes the faith-based community in support of the equality and safety of the Muslim community.

“Of One Soul” Timeline

Since its inception, Of One Soul has achieved these accomplishments: 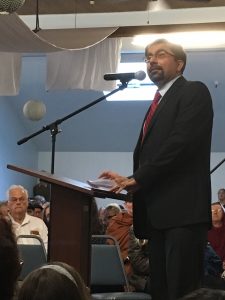